Lawyers defending suspects at the international criminal tribunal for Rwanda say they fear for their safety, after a high profile defence lawyer remained in police custody. 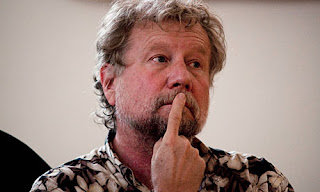 Peter Erlinder, a US lawyer leading the defence case of top genocide suspects, was denied bail today by the Rwanda authorities, two weeks after his arrest on charges of denying genocide.

The arrest has prompted other defence lawyers at the UN tribunal, which sits in Arusha, Tanzania, to refuse to participate in proceedings. In a joint statement to the court and the UN security council, seen by the Guardian, more than 30 defence lawyers have said they fear for their own safety and have demanded Erlinder's immediate release.

"We hereby resolve to postpone all activities, other than those which strictly conserve the interests of our mandates, until such time as the minimum conditions or the normal exercise of our missions have been restored by the removal of threats," the statement says. "[We are] aware of the dangers which immediately and directly threaten most of our number."

The Guardian has learned that the tribunal launched contempt proceedings against another American defence lawyer, Peter Robinson, after he stated his intention to withdraw from the case due to Erlinder's continued detention.

The treatment of defence lawyers has prompted widespread international condemnation, with the US government calling for Erlinder's release.

The case is also likely to place pressure on the UK authorities, including the Crown Prosecution Service, which has been providing assistance to Rwanda prosecutors to facilitate the extradition of genocide suspects currently residing in the UK.

The case also comes amid increasing concern about freedom of information in Rwanda, after two main opposition newspapers – Umuvugizi and Umuseso – were targeted with a number of libel and privacy cases, and prohibited from publishing until after the coming elections.

The Rwandan government has continued to defend its decision to detain Erlinder. "It is an act of justice," foreign affairs minister Louise Mushikiwabo said in a statement. "Flagrant and orchestrated breaches of our genocide ideology laws will be met with the full force of the law."
Posted by Africa Great Lakes Democracy Watch at 4:14 PM