Login + Create my blog
Rwandan peasants on the brink of extinction 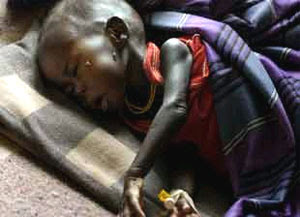 
The following article has been translated from its original version in French. Only the French version of this article shall prevail. Thanks.

Upon coming to power in July 1994, the RPF leadership sought to reduce the mass Hutu peasants to any possible minimum. Those Hutus who had managed to escape and fled to DRC have been massacred by RPF soldiers with an unspeakable complicity of the International Conmmunity.

With massive bombings of the UN refugee camps in the DRC, the RPF killed hundreds of thousands of Rwandan refugees, including women, children, sick men with end stage illnesses and elderly people. Some reports speak of more than 500.000 victims. Up to date, nobody within the RPF ranks has been held accountable for these massive murders of innocent civilians. Granting total impunity to such notorious war criminals has set up an unprecedented record in the world history.

Back home in Rwanda and proud of such total impunity, the RPF regime tirelessly but insidiously continued to kill innocent civilians. Indeed, the RPF regime refined its killing methodology by relying on other sophisticated criminal but insidious methodologies, including but not limited to, starving Rwandan peasants, the majority of which are Hutus.

Under the umbrella of countering insurgency, the RPF ordered in 1998 that all banana plantations be uprooted especially in the northern and central regions. This measure has been so devastating because banana plantations are of multiple usages in the daily lives of ordinary Rwandan peasants. Rwandans not only eat both green bananas, but also use yellow bannans to produce banana juice and banana wine. Additionally, banana leaves are not only used to cover the rooftops of their houses but also to feed their livestock. Furthermore, bananas are perennial plants. They are produced all year long through out all four seasons. According to the Rwandan history, Rwandans have in the past relied on their banana plantations to make ends meet in times of severe economic recessions and famines.

The RPF ideologues have done every thing they could to come up with and enforce such criminal policies. From 1997 to 2000 they instituted a neighborhood watch policy nationwide. The Rwandan authorities, in concert with the "local defense militia" forced Rwandan peasents to destroy their residential homes, usually made of brick walls with rooftops made of tiles or toles. The Rwandan authorities then sent these peasants to other rural areas without any infrastructures or utility services. Thanks to the pressure from some international donors: this drastic policy has later been overhauled.

In 2004, the Land Reform Act made a lot of damaging to the Rwandan socio-economic situation: some people have been forced to share their lands with no known rules, there has been a ban on settlements in the areas surrounding large lakes and rivers, other people have been expropriated without any compensation or with a non-significant compensation that did not allow them to be resettled elsewhere. In the Eastern Province of Rwanda, peasants have been driven out of their lands or purely and simply massacred to allow RPF dignitaries take possession of these vacant lands. For instance, more than twenty high ranking RPF officials, including but not limited to, officers and businessmen, had on average of over 1500 Acres, while the national average of land possession is 1.5 Acres. Once again, thanks to some international donors. Following their complaints, President Kagame has been forced to enable "redistribution" of some of these lands in July 2007!

Taking advantage of the now-in vogue “Green Energy” policy, the RPF regime prohibited Rwandan peasants from using their own woods for any household usages such as firewood, home repairs, brick or tile manufactures, etc. In addition, the RPF regime prohibited Rwandan peasants from using clay soil from their own lands to manufacture bricks and tiles for residential home constructions. The consequence of such drastic measures is that Rwandan peasants will have to spend money, which they do not have, to buy firewood and will have to live outdoor in a hut bench.

The Rwandan Ministry of Public Health has also been actively implicated in these criminal policies. Since 2006, this Ministry made mandatory the wearing of shoes for all Rwandans under the umbrella of nationwide sanitation compaigns. In Kigali City, for instance, barefoot people have been driven out of the city while in rural areas barefoot people cannot enter any public building such as the municipal offices for papers or any healthcare center for treatment. Meanwile, the RPF businessmen importers of shoes in plastic have become inexorably rich by taking advantage of this windfall.

While most of Rwandan peasants are unable to provide food for their families, it has been made mandatory, in some rural areas, that peasants should abandon subsistence farming and embrace industrial farming by replacing their subsistance crops with cash crops such as flowers for export. Ever since, the food security has worsened and in some rural areas famine is now endemic.

The latest but not least policy in this series of drastic measures aimed at hammering Rwandan peasants into long lasting poverty would be the mandatory prohibition to produce banana wine by peasants at their residential homes to favor its industrial production. If such a policy was indeed confirmed, it would be another drastic measure aimed at cutting off any buying power to all Rwandan peasants. Indeed, the revenue generated from banana wine sales is a non-negligible source of income for Rwandan peasants. Numerous testimonies nationwide have confirmed that in some rural areas, one must hide from the public before he/she can manufacture banana wine at home.

Is it normal that Rwandan peasants can no longer feel welcomed in their own country?

The Two Faces of Rwanda

Rwanda: Driven by Poverty Mothers Throw Away Their Infants

Rwanda Today: When Foreign Aid Hurts More Than It Helps

On The Myth of Economic Prosperity in Rwanda

The genocide in Rwanda: The difficulty of trying to stop it happening ever again

The Power of Horror in Rwanda

Yesterday a victim, today an oppressor: how aid funds war in Congo

COMBAT MEDIC: An Australian’s eyewitness account of the Kibeho Massacre

Rwanda: The truth according to Congresswoman Cynthia Mc Kinney